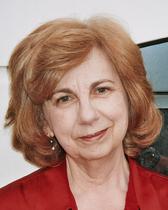 Renée Dinnerstein has 40 years experience as an early childhood educator. She has taught both in Italy and the United States and has spent eighteen years as an early childhood teacher at PS 321, one of New York City’s leading elementary schools. She was the teacher-director of the Children’s School early childhood inclusion annex and worked also as an Early Childhood Staff Developer in the New York City Department of Education, Division of Instructional Support, where she wrote curriculum, led study groups and summer institutes, and helped write the New York City Pre Kindergarten Standards. Renée, a past member of the Teachers’ College Reading and Writing Project Early Childhood Reading ‘think tank’, taught in the project’s summer institutes and presented calendar days for kindergarten and first grade teachers. She received the Bank Street Early Childhood Educator of the Year Award in 1999. She is currently writing a book on developing literacy-rich and inquiry-based exploration centers in the kindergarten classroom.